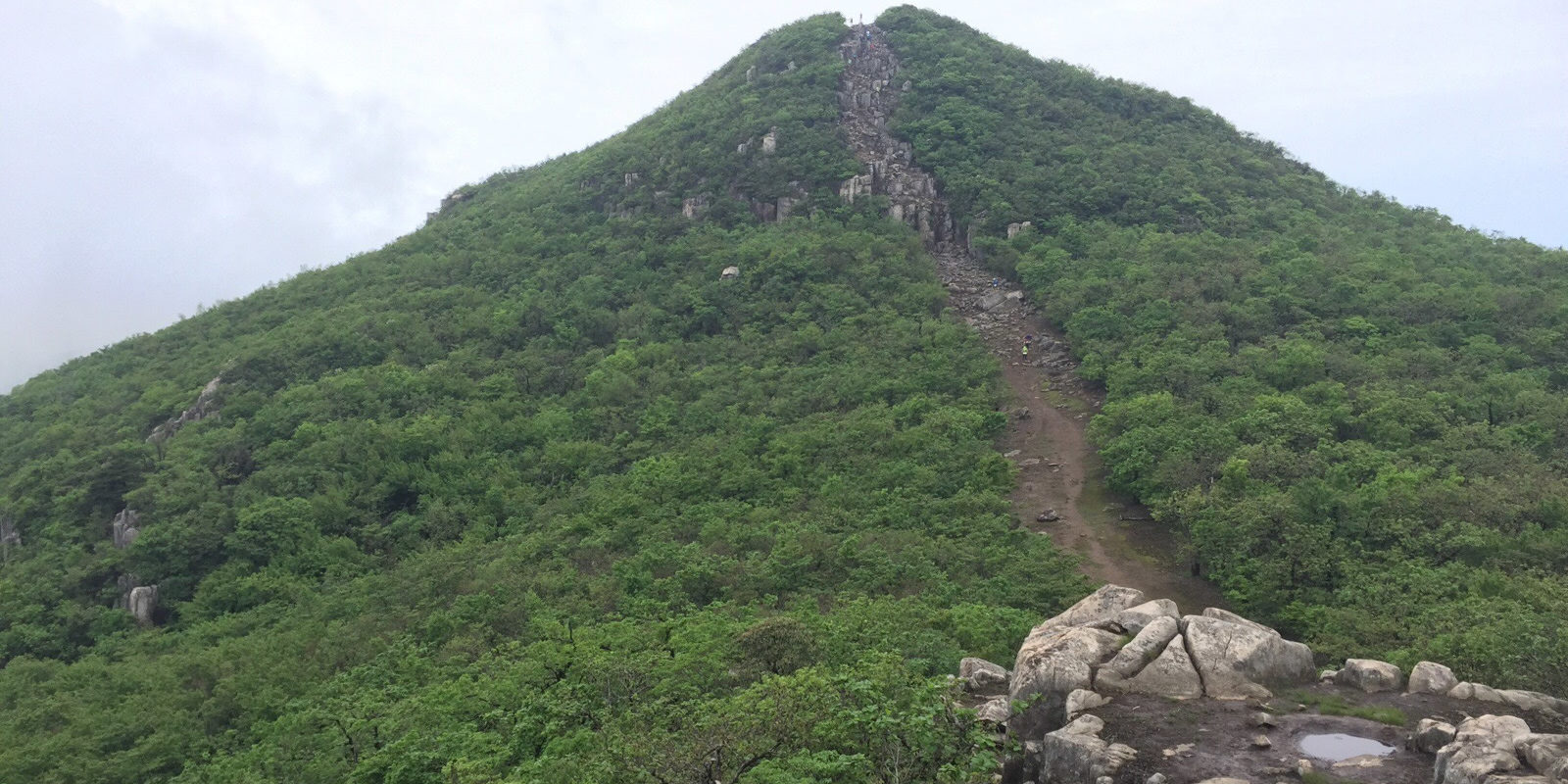 I’m back from the toughest race I have joined so far. The „Tianmu-7 Ultra Skymarathon“ at the Tianmu Mountain range in China’s Zhejiang province. A real gem in my race calendar.

The race started at small village inside the mountain range. 286 runners, full of hope and dreams waited for the sign and at 6AM we went off on the very well-marked course.

During the race with a 15h cut-off time, we had to cross seven summits. The seven mountains named as: 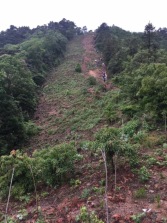 It was raining the day before the race therefore it was very muddy and slippery at the whole racecourse. The profile at the shoe soles was covered with mud, what made the run on the wet stones and rocks more like an ice sliding competition. 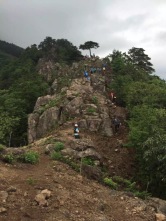 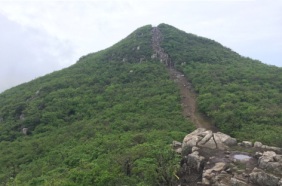 The total ascent was 4223 meters. The racecourse was a big loop, so the asc/dsc exchange rate was 1:1 what brought me also 4223 meters of downhill run into my knees.

Just before CP4 we had to run all the way downhill from the last summit at 1479m to CP4 at 300m. My knees nearly broke after this 1200m constant downhill run.

Exhausted but happy at CP4

After 12h:10m:19s I reached the finish line at rank 66. In total 193 heroes finished the race. I heard before from Chinese runners who ran this race already last year that Tianmu-7 is one of the harder races and it would be very exhausting and painful. Therefore I went into this race without expectations. My target was just to survive and finish within the 15hours. 12h:10m is much more than expected and I’m very happy with this result. Another two UTMB qualification points are also on the account now, if this is somehow important?! Will have enough points by end of the year to be qualified. An extra portion luck would be helpful now. 🙂

After I analysed my lap times I found out, that I lost the most time on the extreme downhill parts. I have no idea how these top runners (The winner finished in 7h:55m 🙂 ) jumping down these steep stony mud slides. Their contempt of death must be huge and they must have closed all their open topics here on earth before the run. 🙂 But I will work on this to get at least a little bit faster on the downhills without killing myself.